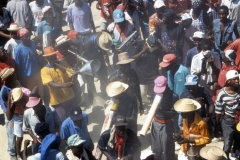 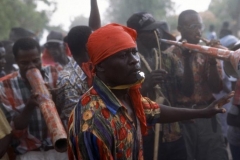 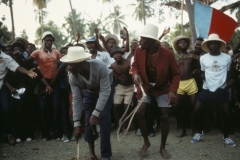 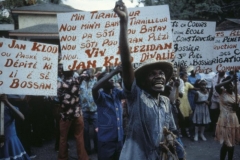 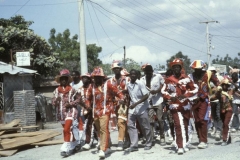 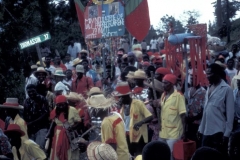 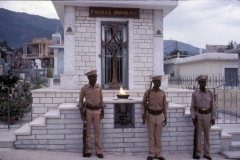 This Rara from Cite Soley Rara sings about leaving Haiti. In the early 1990s, during the coup period, many people tried to leave Haiti in leaky boats. Untold numbers drowned, and most others were returned back to Haiti.

Rara band arrives a large lakou in the Artibonite. They salute the spirits who live at the gates with large circling dances called vire (turn). (This means that this Rara is also part of a religious society.) Later that night, the patriarch of the lakou will come out to receive them. This is all part of the politics of patronage, both of the human and spirit worlds.